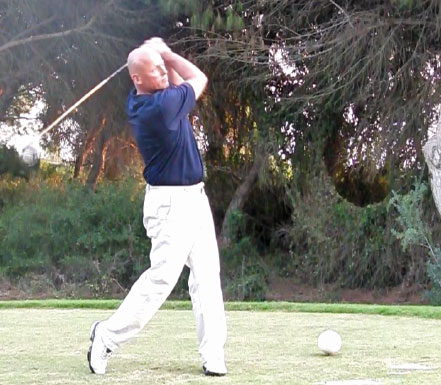 Chris Hall, our much respected professional, has been at the Club for over 21 years and in 2019 reached the milestone of being a PGA Professional for 40 years.

In July 2009 Chris had the honour of being chosen as a Fellow Professional by the PGA. This is the third highest honour in the PGA and Chris becomes only the 5th current professional in Nottinghamshire, Leicestershire, Derbyshire and Northamptonshire to receive this accolade. It is well deserved too.

For those new to the Club, Chris Hall has had a very successful professional career away from being a club professional. Qualifying for the European PGA Cup Team in 1992 fulfilled a schoolboy dream to represent his country. “I finished 2nd in the British Club Pros Championship, this was when I realised my game had moved to a new level.” The following year he shot a 9 under par last round to become British Champion. “I was 6 behind going into the last round and decided to play aggressively. I dropped a shot at the 2nd hole then made 8 birdies and 1 eagle to win by 3. This was a turning point in my playing career. 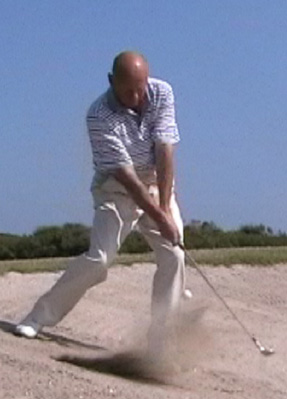 "I realised that I could play very well under pressure and was not afraid to play aggressively under that pressure.” This achievement qualified Chris for his second appearance in the PGA Cup team. The first event was at the K Club in Ireland and the second one in 1994 was in West Palm Beach, Miami. “We played at the PGA National, a Jack Nicklaus designed course with a run of holes known as ‘The Bear Trap’. This was a great experience, the course was long and difficult and the US team was full of quality. I played a guy in the foursomes match called JL Lewis who went on to win on the PGA Tour. I was 80 yards behind him off the tee. Fortunately I didn’t play him in the singles match.”

At the end of the 1995 season Chris went to the European Tour School, a notoriously difficult way of getting a Tour card. This is a gruelling event; you have to go through two weeks of qualifying just to get to the final stage. Then you have 6 rounds with a cut after 4. Forty players would end up being eligible to compete around Europe in the 1996 season.

“I stood on the last tee on the last day knowing that I could make a bogey and qualify. The problem was the hole measured 460 yards and was surrounded with water both on the fairway and the green. I hit the drive okay and was left with a long shot into the green. There was no way I was going to lay up, so I pulled the 1 iron out the bag and went for it. My caddy couldn’t look, he was more nervous than I was! I ‘ripped it’ into the middle of the green and two putts got me on Tour.  When I look back this was probably one of the best shots I had ever hit and all the hours of practice in the rain and the dark, and all the disappointments that come with sport were worth it. The following year I played well making ten cuts out the first twelve events with two top 20 finishes (Italian Open and English Open) but the energy levels required to travel and compete at this level were, in reality, too much. By the end of the season I had played in 26 events and was completely knackered.”

Along the way Chris has won many events in Nottinghamshire and the Midlands, and in 1999 was Midlands Player of the Year. He qualified to play in his third European PGA Cup team in 2000 and has represented England as part of a three-man team on two occasions in the European Team Championships. He has played in five PGA Championships at Wentworth and has held 22 course records. “I’ve played with some fantastic players and I often get asked who’s the best player you’ve player with? Well the most memorable would be Retief Goosen who was the first player I had seen who could add 50 yards to his drive when he wanted; Padraig Harrington, who managed his game better than anyone else I had seen; and as a ball striker Mark James was exceptional.”

His passion is coaching; his desire to help others achieve their potential is very important to him. Chris says ”I thoroughly enjoy being a club professional and there is no better place than here at The Rushcliffe. I love teaching all levels of golfers to get better or sort out little faults in their game. Junior golf is of particular importance and I want to see our junior golfers become very good players and go on to better things. I have a desire to help develop a new young talent”. 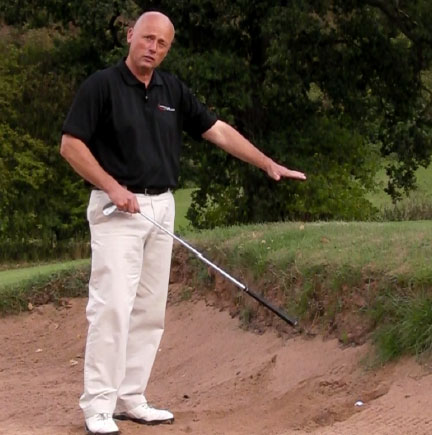 To further his knowledge Chris has been studying with the Titleist Performance Institute (TPI) in California. “These guys are at the cutting edge of golf performance so it made sense to go and study under their guidance. I have qualified as a level three coach, of which there are only 7 in Europe. I have also been invited on to a forum for the top coaches in the world. This is fascinating to see what the top coaches are working on and how they go about developing their players. I have no doubt that the gap between the amateur and professional game will widen as players become more athletic and this athleticism allows a greater skill pool for the player.”

Chris already coaches a number of top amateur golfers from around the East Midlands as well as members from The Rushcliffe and other clubs. He is always in demand. It has always been one of his rules not to coach fellow professionals whilst ever he is playing and competing against them – but, who knows, if Chris decides his playing days at the top level are numbered and he changes his mind could Rushcliffe Golf Club be fostering the next Danny Willett or Matthew Fitzpatrick?